New York City is famous for many reasons — Lady Liberty, world-renowned chefs, Central Park, Empire State Building, Times Square, Pizza, 5th Avenue, Macy’s Thanksgiving Day Parade, the list could go on and on. But perhaps, in my mind, the most important and symbolic of the resilience and sacrifice  of the people of New York is the 9/11 Memorial & Museum. Created in honor of the 2,977 people killed in the September 11 terrorist attack in 2001, the memorial and museum was a must-see during my last trip to NYC. 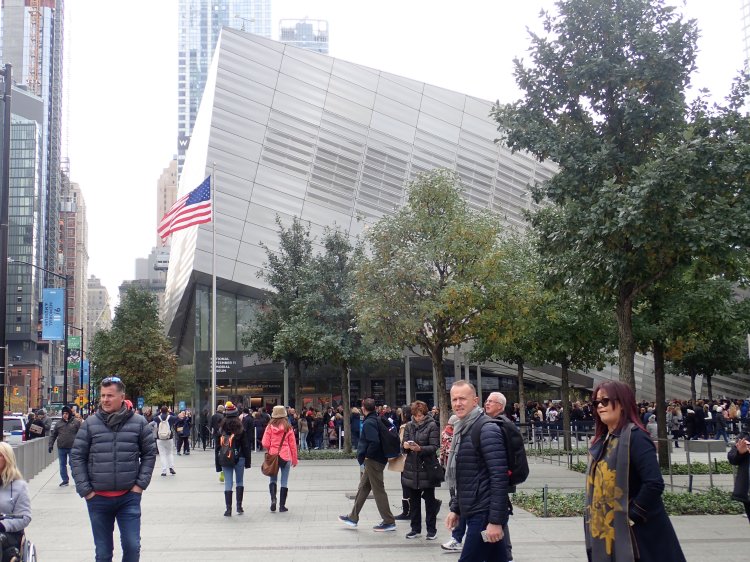 The 9/11 Memorial & Museum design was selected from over 5,000 entries in a global competition and opened to the public in 2011. Having lived in New York City from 2007 – 2009, I remember the clearing and construction that ensued for years downtown where the Twin Towers once stood. The city had fenced the construction in and the exterior alone soon became a tourist destination and memorial in itself. A small store on one side of the construction opened with photos and newspaper clippings from the infamous day while the world awaited the opening of the official tribute.

Located in the same site as the original World Trade Center, the 9/11 Memorial & Museum is comprised of a plaza surrounded by several new buildings, the museum itself one of them. Within the footprints of the Twin Towers now sit two reflection pools with the names of each of the victims inscribed on the panels surrounding. A singular rose placed on a name for his/her birthday.

The museum sits at the center of the plaza with a winding line of ropes awaiting visitors. I’d recommend purchasing your tickets online in advance to avoid the wait time and  potential disappointment. Certain dates and times of the year will be significantly more crowded than others and may be difficult to predict. A ticket includes your entrance fee to the museum with options for add-ons including audio tours, exhibits, and screenings.

As you step inside the museum, the first thing you notice is the dark interior. The rooms are dimly lit and the walls are mostly painted dark. To the left, the beginning of the museum, the space opens up to a sea of news headlines from around the globe, all broadcasting about the infamous day in our history. Digital images appear on screens and voices are heard describing the events of 9/11. It is one of the more sobering and difficult parts of the museum to walk through, and it’s what hits you first. From there, you begin to see pieces of the building itself, or what remains. Messages of hope are scrawled across several of the steel beams, memorials for the firefighters and emergency responders first on the scene. 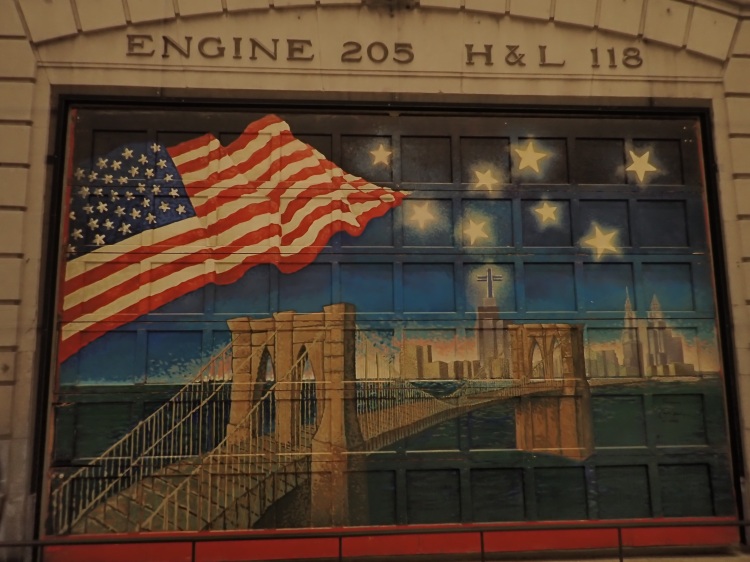 As you make your way around the museum, you are greeted by several more tributes to the men and women who risked their lives as well as those lives lost in the tragedy. Prior to arriving, I had mentally prepared myself for the retelling of the day, a history lesson that still brings tears to my eyes. However, I was surprised and pleased to learn that the museum was actually designed as a remembrance and tribute to the uniqueness of the World Trade Center building and to our fellow Americans rather than a retelling of the terrorist attack. Only one small section of the museum retold the events in detail, an area I chose to avoid instead.

Photos and keepsakes of the victims are displayed throughout in honor of each individual who lost his/her life. The largest and most defining among these being a wall of blue tiles, each one representing a life lost and combining to form a stunning visual of the perfect blue sky from September 11, 2001. The quote at the center prominently reading, “No day shall erase you from the memory of time.” -Virgil.

Back outside the museum, the plaza bubbles with people exploring the various memorial sites and sharing their memories of that fateful day. I was a junior in high school in 2001 and vividly remember being in second period when someone ran into our classroom to tell us to turn on the news. We tuned in shortly after the first plane struck and watched in horror as the second approached. It was a memory that I will never forget and is our generations grim question we can ask one another, much like the last generation asking, “Where were you when Kennedy was shot?”.

While visiting, I noticed several school groups touring the museum as well. It’s seemingly unreal to think that these students have no memory of the day, many of which were not even born. It’s now part of a history lesson for the students of today and even more important to never forget. May we move forward with a forever stronghold on the past while looking forward with hope toward the future. #911Memorial #911Museum

One thought on “Visiting the 9/11 Memorial & Museum”